Can I import my Team's Schedule directly from ALTA?

Yes, you can easily import your team's schedule from ALTA into TennisPoint.com.

Key thing about importing your team is setting up TennisPoint.com as a "designee" on your ALTA team in ALTAtennis.org -- this gives us permission to import the team's schedule and later match scores.

You will import your team's schedule from the "Create Schedule" link found on the "matches & teams" (top navigation) page on TennisPoint.com. 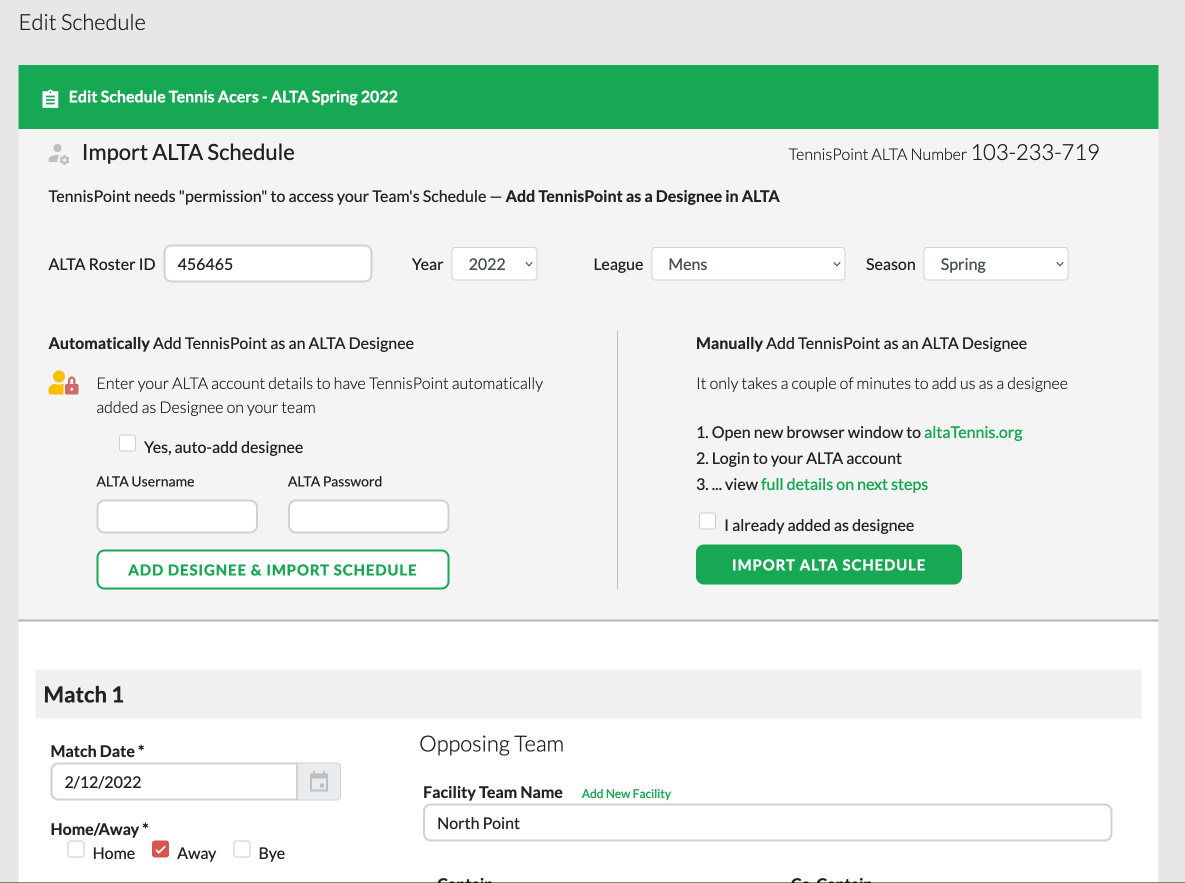 FYI, TennisPoint's ALTA player verification is meant to help prevent captains from accidentally playing players who are in TennisPoint.com but not yet on the team in altatennis.org... playing non-registered players results in point losses and potentially lots of point losses.