Can I import my Team's Schedule directly from USTA?

Yes, you can easily import your team's schedule from USTA  into TennisPoint.com.

By using your Teams USTA team number (the number you give your team's players so they can sign up for the team in tennislink), you can quickly and easily import in your team's latest schedule.

You will import your team's schedule from the "Create Schedule" link found on the "matches & teams" (top navigation) page on TennisPoint.com. 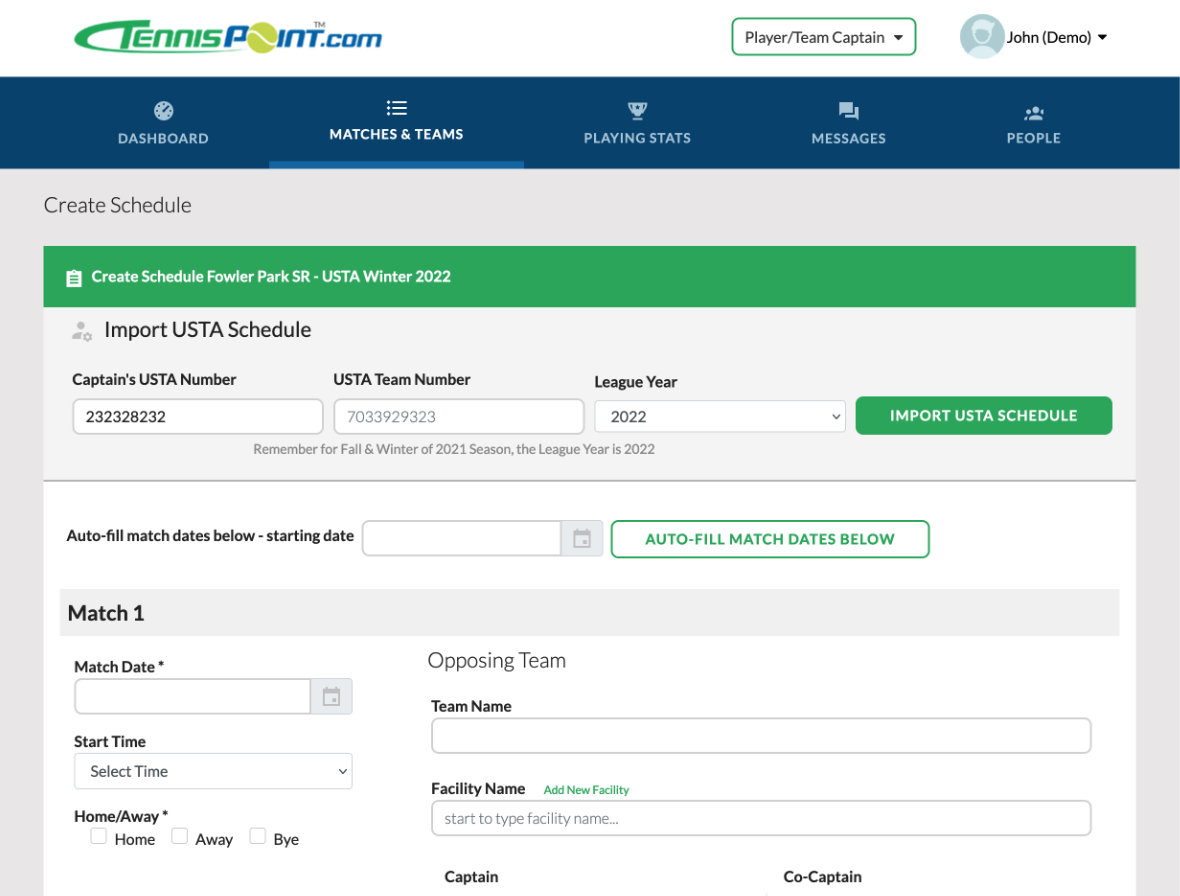 FYI, TennisPoint's USTA player verification is meant to help prevent captains from accidentally playing players who are in TennisPoint.com but not yet on the team in USTA... playing non-registered players can result in automatically losing points.