League Team Players - How can I pay a player's team league fee?

For this article, the assumption is the league and teams are fully managed in TennisPoint.com. Meaning the league (normally a "community tennis association" who operates the league) uses TennisPoint.com to manage everything from schedules, teams, captains, sign-ups and even league fees.

If the league is charging each participant a fee (aka a league fee), the team captain will pay their personal league fee when creating the team. Each team member though will pay their personal league fee for that team after they added to the team - yes, the player is "auto-prompted" for payment in both the website and the mobile app after the "player" logs into their TennisPoint account.

But what about "X".... yes, those pesky extenuating circumstances... in these scenarios the team captain is able to pay a person's league fee for them and here are the steps for this: 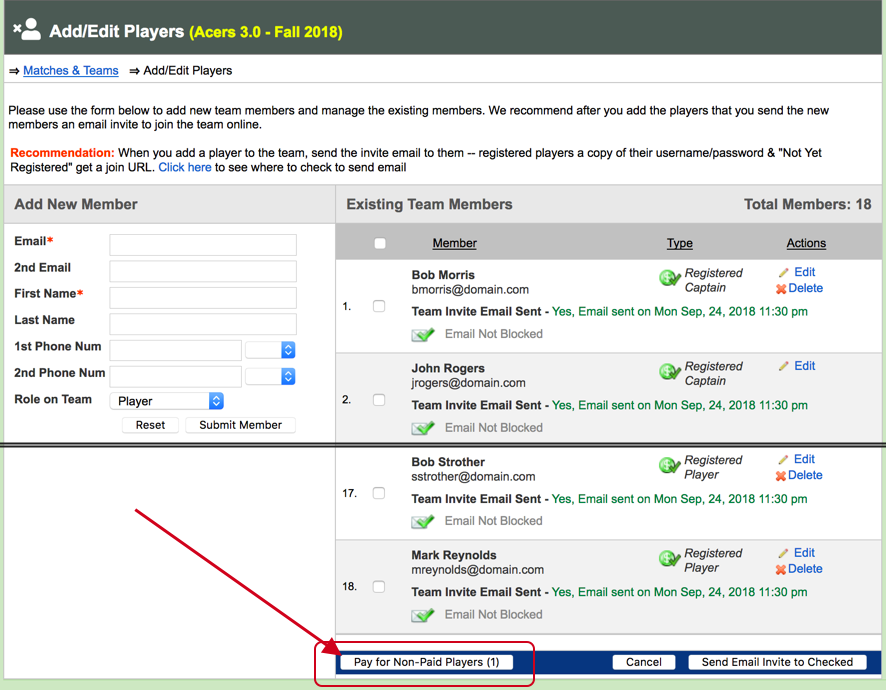 Yes, the captain at this point has the option to make a payment on behalf of X (1 or many) number of players.

Obviously this player payment only applies to leagues fully managed on TennisPoint -- USTA, ALTA or Norcal leagues would need to be paid directly with those organizations.